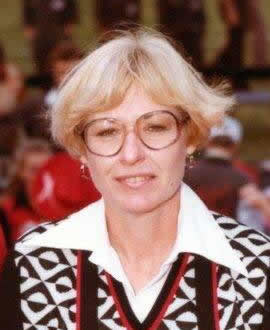 The Phyllis Dancz Memorial Award is named for a special woman in Redcoat history. In 1955, Mrs. Dancz created the first UGA auxiliary groups, which expanded to Georgette, Majorette, and Flagline units, and implemented the vision of a half-time entertainment extravaganza, many times described as Music in motion.

Phyllis Dancz passed away in 1991, and the award bearing her name was created in 1992. Awarded each year, this award recognizes a member of the Georgettes, Majorettes, or Flagline who exemplifies Dancz in leadership and spirit.